This is a Custom Module for Featured Article

You Can Add Or Change Blog Title, Image and Links

Stay up to date

Back to main Blog 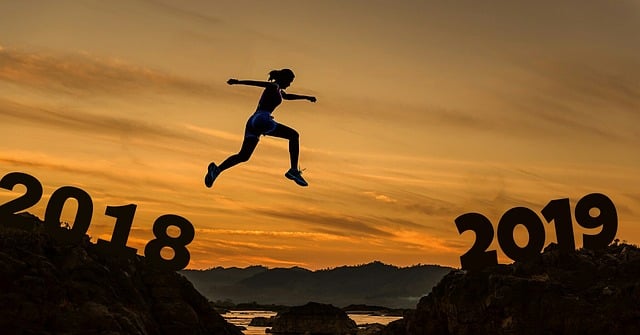 This is part 2 in a three part series covering the hot topics in logistics tech for 2018 and a preview of 2019.  Check out part one here.

The Electronic Logging Device (ELD) mandate helped push IOT over the top.  Other use cases like temperature and other environment sensors and container based geolocation are getting their moments in the sun as well.

As we close out 2018, I don’t think there’s any debate on the viability of IOT or the value it has brought to the supply chain.  As devices get even cheaper and 5G rolls out, IOT will continue to seep into even more areas.   One really cool future innovation around IOT involves it’s interaction with blockchain to create digital twins.

Everyone loves talking about their APIs.  “We have an API.” “Do you have an API?”

As someone who actually knows how to program a computer, this is a little weird to me.  An API is a piece of functionality that lets two computers talk in real time. That’s pretty cool. In fact, when it’s applied properly to the right business problem, it’s freaking amazing.  Getting real time parcel rates directly into a shopper’s online cart within 800 milliseconds? (Like we did for a customer this year.) Sign me up!

My concern is that many executives (and salespeople) are waiving around APIs like they’re a magic wand.  “If you have an API and I have an API, then all of our integration problems go away and everything just works now and forever.”  Not really. At some level, integrating with APIs is even harder than working with EDI since every company has its own flavor.

That’s why we built our FLOW product this year.  It helps companies with different APIs start to work together (and to work with all the legacy systems already out in the wild).

I’m hoping that in 2019 we can give “API” back to the programmers.  Let the buzzword rest and talk about business process integration instead.  It’s less sexy, but way more relevant.

I saved this one for last, because I’ve spent the whole year trying to figure out where I stand on it.  Frankly, I still don’t know.

I think part of my conflict is rooted in how poorly defined this term is.  I know what an API looks like. I can verify if you’re actually using a blockchain.  Even AI (which is certainly abused) can be validated by asking how things are done under the hood.  But what is digitization? When am I digitized? Is this different than the paperless initiatives that we’ve been pushing for 25 years (or more)?

If digitization is the banner under which we’ll all rally to bring modern technology using AI, blockchain, APIs, and the rest to our industry, then I’m all for it.

If it’s a code word for “no people” and fully autonomous supply chains, then I think it’s vaporware at best.

If it’s another marketing term flowing through the hype cycle, then I hope nobody’s getting too distracted.

Maybe in 2019, we’ll see some people start to question the word and start to insist on a clear definition.  Our work on the Digitally Federated Supply Chain is a starting point for that conversation.

Check out part 3 where I make predictions for 2019.

Stay up to date